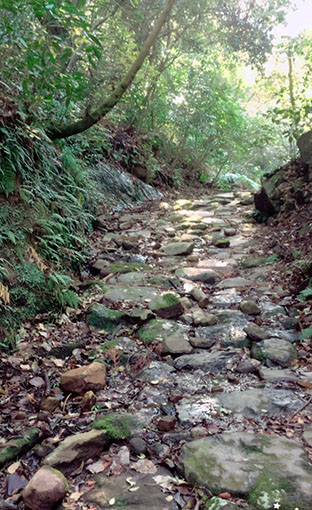 Stone paved paths laid in the Edo era still remain on these paths.

Kakehashi-zaka maintenance finished recently, and all three paths are available for walking now.

In this article, Shirakane-zaka is featured.

The length is 2.7km and the path rises 300m in altitude. This path has long been known as a difficult route. 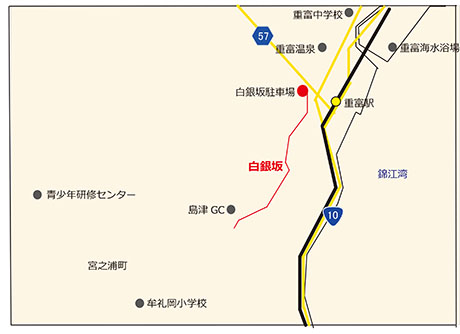 It is a little path through trees, but, it used to be a border of the Satsuma Domain and the Osumi Domain.

It was also a battlefield in The Warring States period, and many people used this path as the main road to the Satsuma Domain in the Edo era. 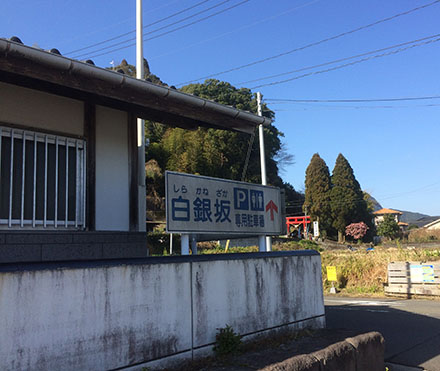 The car park for the path is on the Route 10 bypass near the JR Shigetomi station.

A soup curry restaurant is right next to the car park, so it looks like it is the restaurant car park, but the one at the corner is for people for who want to walk on the Shirakane-zaka. There is a public toilet building in the car park.

2 Entrances to The Path

There are 2 entrances to the path.

One of them is on the Route 10 bypass which is a couple of minutes walk south of the car park. 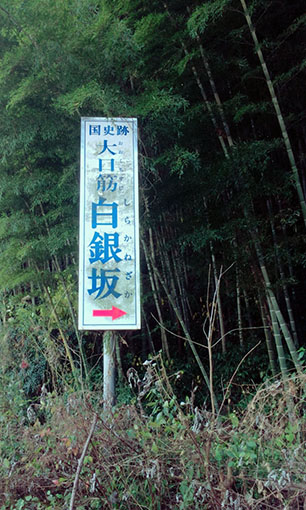 If you walk in the direction the arrow is pointed, then you can see the stone paved path entrance immediately. The side of the path is a beautiful bamboo forest. 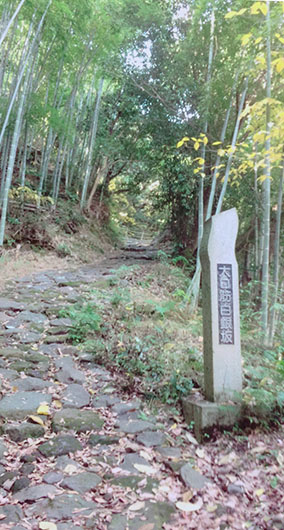 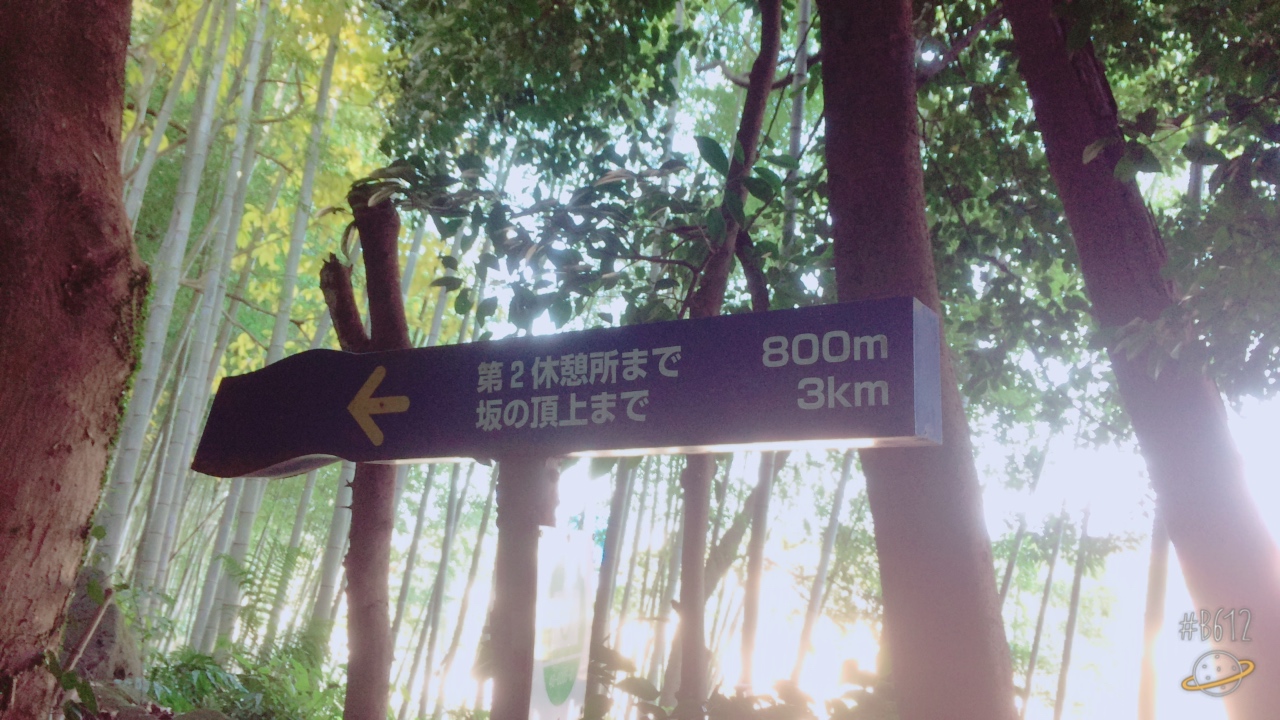 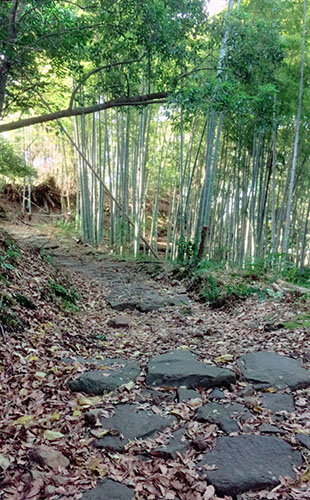 Another entrance is the way through Atago Shrine, the shrine you can see from the car park. 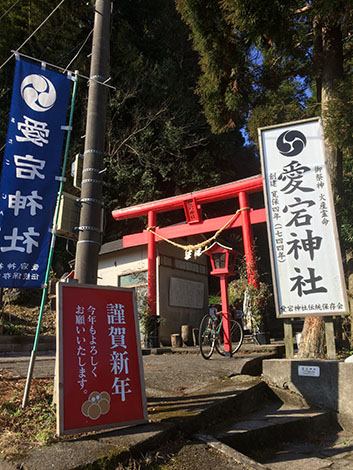 Going through the torii gate of the shrine, there are narrow and steep steps. It takes about 6 minutes to the main sanctuary of the shrine. 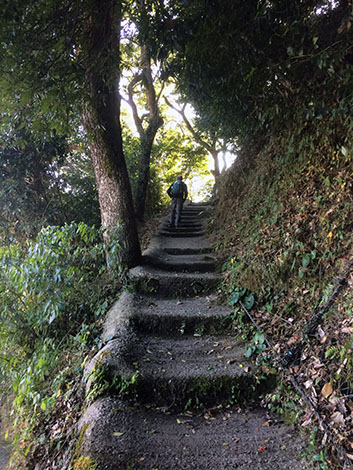 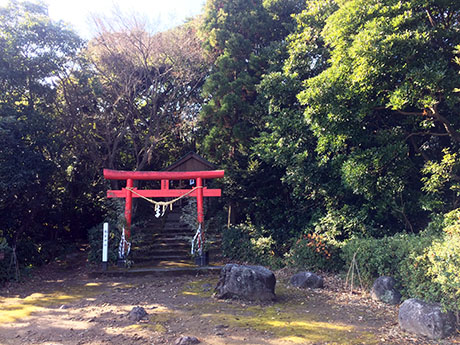 The main sanctuary is just a small wooden shrine, and there isn’t the main shrine building.

It is on the hill with a great view of Kinko Bay and the range of Kirishima mountains. 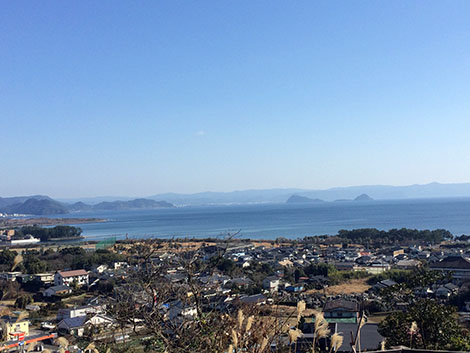 The path through the Atago Shrine is very steep, so we recommend this route to people who are fit.

As it is called “the difficult path”, Steep up-hills and gentle up-hills await you.

Even so, the sunbeams through tree branches shine on irregular stones on the path which is so pretty, and the tall grass and the trees at both sides of the path grow as if they are protecting people who walk there. 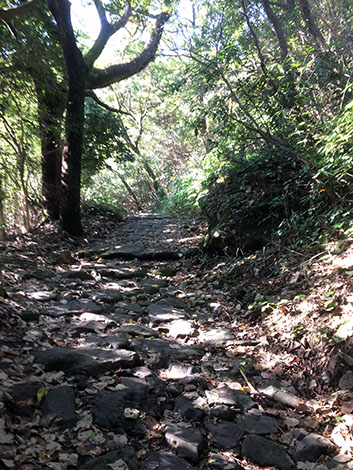 The stone paved path threads through trees, retaining the appearance of days gone by, so it is easy to imagine the various people who walked there long ago.

Once, warriors of the Warring States period might have walked there with a strong determination.

Daimyo processions would have passed, and this path could have been familiar to Saigo Takamori.

People whose names are still known now and people who are forgotten but surely lived in the past walked on the path. The feeling of walking the path which still remains is special. 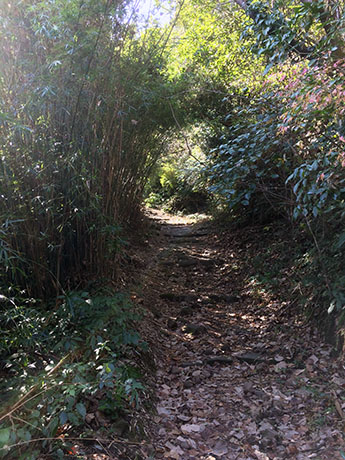 The walk is pretty hard, but you can aim to reach the rest area with a nice view. 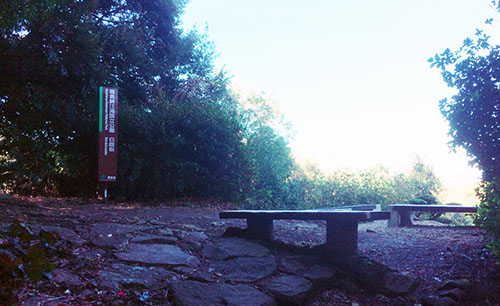 The hill facing the bay is cleared and there are several benches. 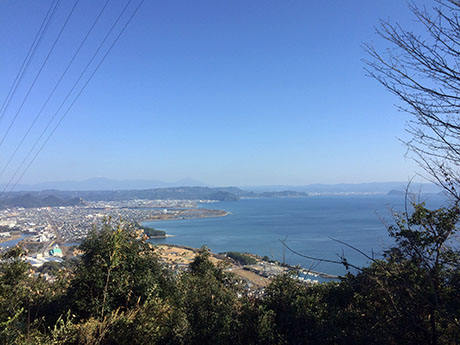 You can see Kinko Bay and the range of Kirishima mountains from here, too.

Kagoshima is such a beautiful place!

There are more up-hills after the rest area, but the steep hill is not long, and it becomes a gentle hill soon. 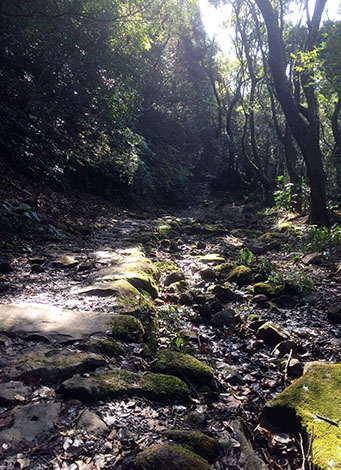 The path starts to level out and you can enjoy the scenery, then you will reach the next rest area. 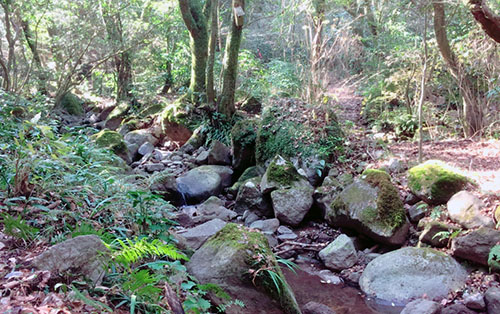 The benches are facing the stream which also looks untouched by time.

There is a sign saying, “Beware of Mamushi (a kind of pit viper)”. Please be careful in the mamushi season (i.e., all the time except winter).

This stream crosses the path twice near the golf course in Yoshida town, so there are 2 stone bridges on the course. If you see the bridges, you are near the goal.

If you still have some more energy, go out to the local street from the golf course, then walk on the Muregaoka walkway, look at the wind power plant, then follow the trail to the top of the Muregaoka hill.

On the top of the hill, Bato Kannon (the horse-headed Kannon) is worshiped.

It takes about 3hours from the start point in Aira city.

On the return walk, it is also nice to take a side road from the path along the stream, and head to “Sakura Miharashidai (Sakura Observation Platform)”.  The side path meets the main path again. 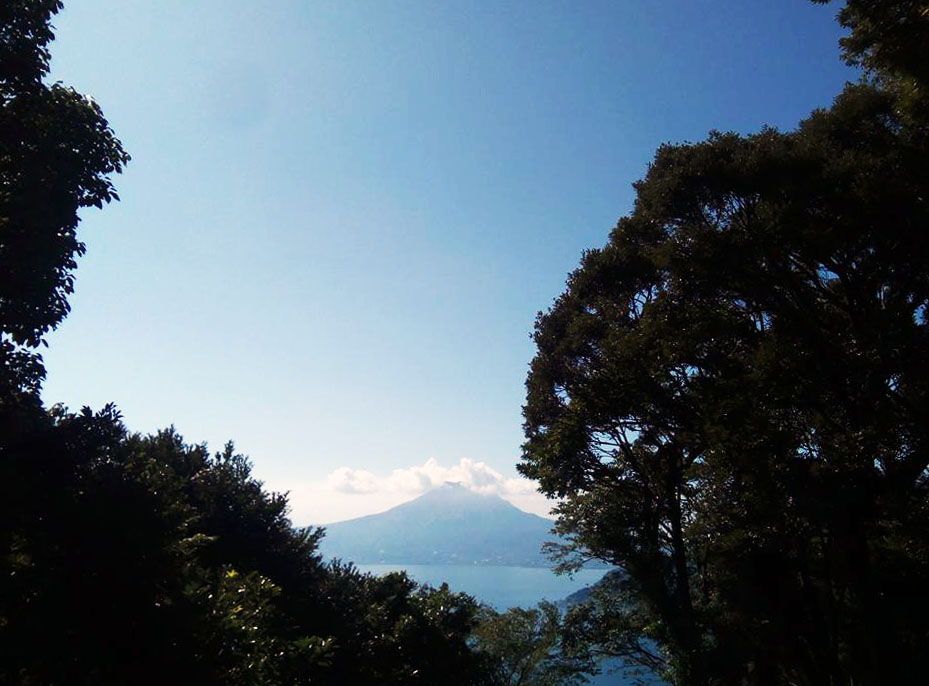 (Sakura Miharashidai; You can see Sakurajima.)

Near the car park in Aira, is Nunohiki waterfall. It is also worth seeing. 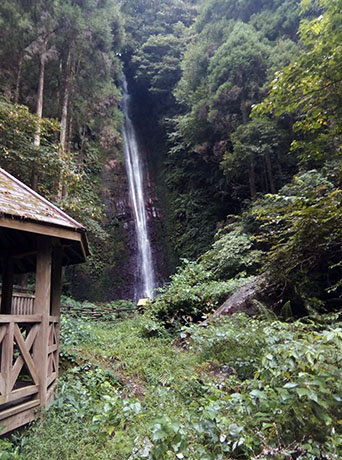 Feel the History of The Historical path

It’s nice to learn about the history and historical people at the Museum of the Meiji Restoration (Ishin Furusato-kan / 維新ふるさと館), but it is also nice to walk on the path where these people actually walked, and think about the past. You will realize the actual distance and the difficulties in the past.

All in all, it is a great path. 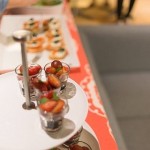