What is Children’s Day? 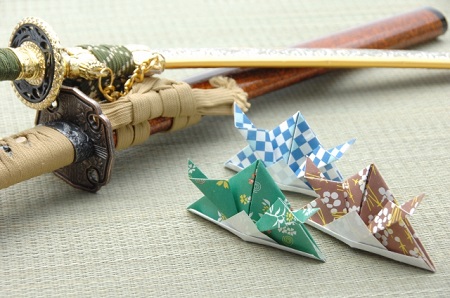 Children’s Day (こどもの日 Kodomo-no hi) is a Japanese national holiday which takes place annually on May 5, the fifth day of the fifth month, and is part of Golden Week. It is a day set aside to respect children’s personalities and to celebrate their happiness.

The day was originally called “Tango-no Sekku (端午の節句)”, and was celebrated on the 5th day of the 5th moon in the lunar calendar. After Japan’s switch to the Gregorian calendar, the date was moved to May 5.

Until recently, Tango-no Sekku was known as Boys’ Day (also known as Feast of Banners) while Girls’ Day (Hina-matsuri / Joshi-no Sekku) was celebrated on March 3. In 1948, the government decreed this day to be a national holiday to celebrate the happiness of all children and to express gratitude toward mothers. It was renamed “Kodomo-no Hi (子どもの日)”. 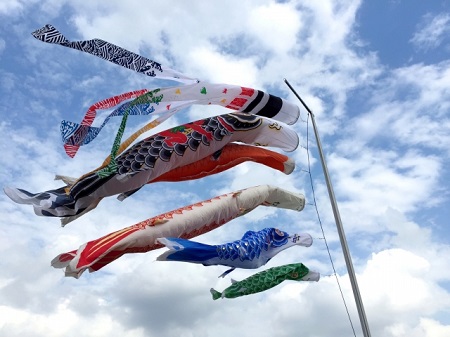 Before this day, families raise carp-shaped koinobori (鯉のぼり) flags (carp because of the Chinese legend that a carp that swims upstream becomes a dragon. The way the flags blow in the wind looks like they are swimming). One flag is flown for each boy. The display also includes a Kintarō doll usually riding on a large carp, and the traditional Japanese military helmet, “kabuto (兜)”. Kintarō and the kabuto are symbols of a strong and healthy boy.

In Japan, the start of May is the rice planting season and young ladies used to purify themselves in a hut roofed over with these plants.

These two customs joined, and now people have a bath, putting sweet flag roots and leaves in the water. 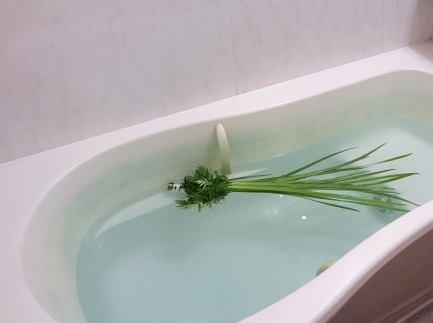 Nowadays, people say that you can spend the hot summer in good condition if you have a hot sweet flag bath.

Later around the samurai period, the 5th of May, “Tango-no Sekku (端午の節句)” gradually became the day for celebrating boys’ health and growth.

Sweet flag is called “shobu (菖蒲)” in Japanese, and shobu also means “militarism (尚武)”. It is one of the reasons that the 5th of May became the boys’ day. 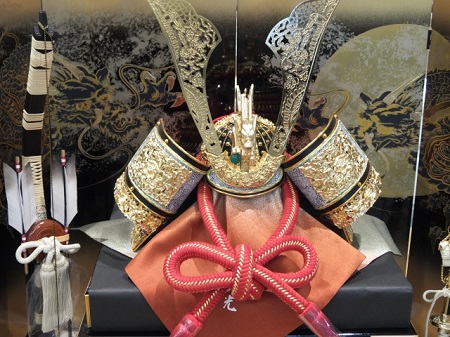 What People Eat on the Day? 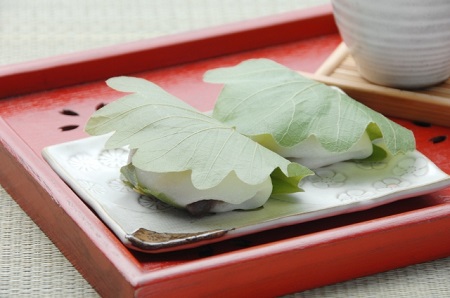 Kashiwa (柏) is oak leaf. Oak leaves don’t fall until the young buds grow, so people viewed oak leaves as a symbol of the continuation of one’s family line.
This custom was started in Eastern Japan, around 1700. 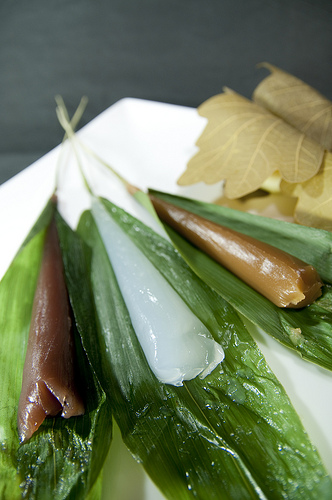 In Western Japan, this tree didn’t grow naturally, so people ate “chimaki (ちまき)” wrapped in bamboo leaves on this day.

Chimaki originates in China, and is made of glutinous rice stuffed with different fillings and wrapped in bamboo or reed leaves. It is cooked by steaming or boiling.

Later, people started to put bean jam and other things in chimaki. 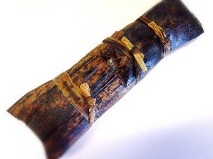 Put glutinous rice and bamboo sheaths in lye for 1 night, then wrap the rice in bamboo sheaths, boil it with lye for 3 hrs ~ 6 hrs.

On its own, it is not sweet but almost tastless, so people put kinako (きなこ / soybean flour) and sugar mixed on it.

Akumaki was long lasting, and Takamori Saigo and Satsuma troops carried this food during the Seinan War. This spread akumaki to Miyazaki and Kumamoto.