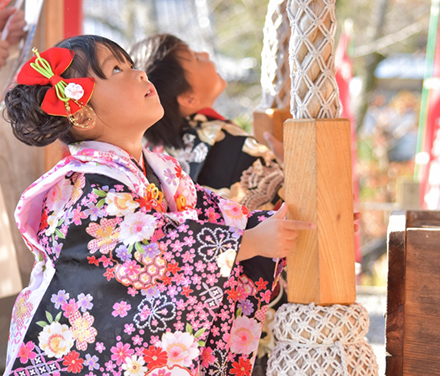 Have you ever seen Japanese children, dressed in kimono, visiting shrines in this season?
It is an annual event which is called “Shichi-Go-San（七五三)”.
Have you ever wondered why we have such an event? Here are the answers! You’ll know all about “Shichi-Go-San” soon. 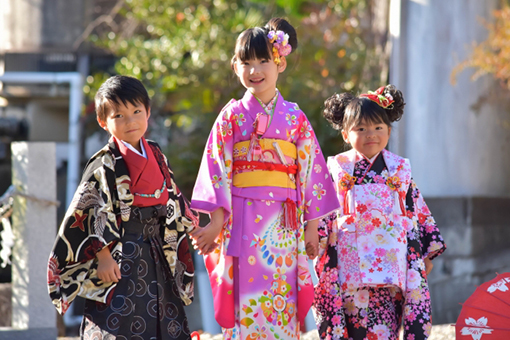 It is an event in which boys who are three and five, counting in the old Japanese way and girls who are three and seven go to shrines to give thanks for their healthy growth and pray for happiness and long lives.
It is said to have originated in the Heian Period amongst court nobles who would celebrate the passage of their children into middle childhood. The ages three, five and seven are consistent with Japanese numerology, which dictates that odd numbers are lucky.

When do people go to shrines? 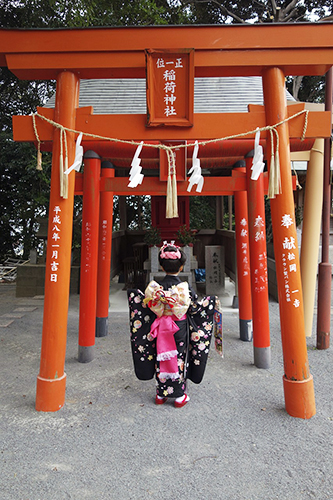 It used to  be on the 15th of November in the old calender.
People used to say that the 15th is the day on which devils don’t walk around, so they said that it is a good day for doing things.
Also the 15th is the full moon day. November is the month for thanking gods about the harvest, so people started to go to shrines to give thanks for the harvest and children’s healthy growth at the same time.
Now, it is not only for the 15th of November, but is more popular on Saturday and Sunday in October and November.

There were customs that children start to grow their hair (Kamioki / 髪置) when they become 3 years old, and start to wear hakama; a long pleated skirt worn over a kimono when they become 5 years old. Then, at age 7 they start to wear real kimono instead of informal kimono for girls). It is the same way to wear kimono as adults.
Until modern times, Japan was a poor country and many babies died, so this event, celebrating childrens’ health was pertinent at that time. 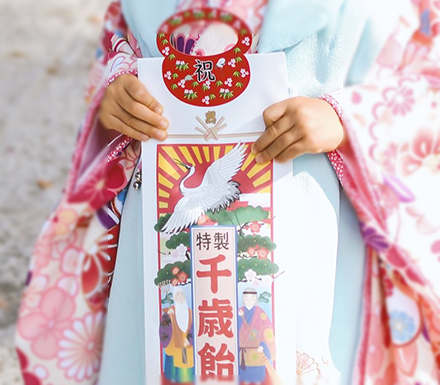 Chitose-ame (千歳飴) is a long stick of red or white candy sold at “Shichi-Go-San”.
Parents hope for children’s long lives, that’s why the candy is long (about a diameter of 1.5cm and 1m long). White and red (actually the candy color is pink) are auspicious colors. The bag for the candies had pictures of a crane, a tortoise, pine trees, bamboos, Japanese apricot trees (ume) and other auspicious things.
A candy peddler who was called Shichibe started to sell chitose-ame. Chitose means one thousand years old. This lucky name made this candy a big hit.