Drive from Kagoshima city over Chiran-toge. Satsuma-Eikoku-kan is about 8km past Chiran IC. You will find a British style building on the right side, and there is a Double-Decker Bus in the garden. 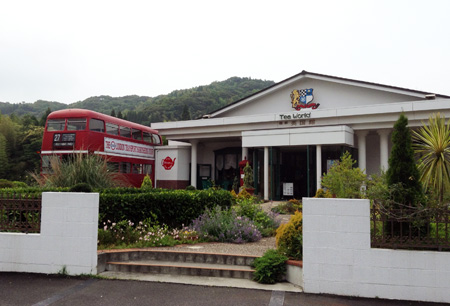 Kagoshima is closely connected with Britain. The Satsuma-Eikoku-kan exhibits many materials related to this connection.

The appearance of the building is in European style and the well-kept garden is reminiscent of an English garden.

It is not only in the appearance of the building where you can enjoy a British atmosphere, but you can also enjoy an authentic afternoon tea in the tea room there. 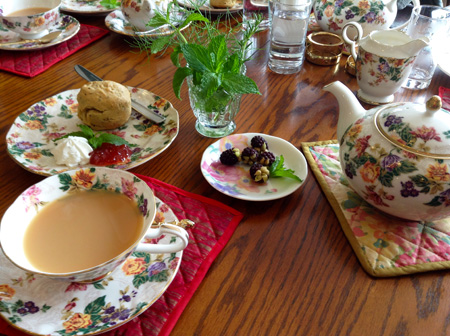 Carefully served royal milk tea and the scones with jam and cream are wonderful.

There are other popular deserts such as brownies and chiffon cakes. 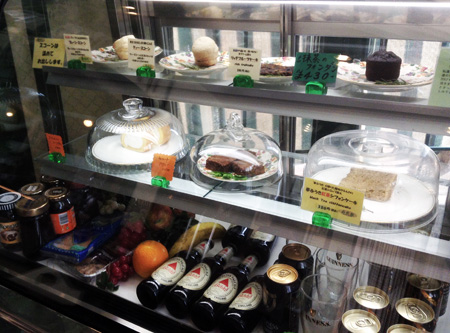 This is a place you shouldn’t miss if you are a U.K. fan.
This place is popular among British people, too.
The reason is not only the tasty afternoon tea, but the atmosphere and the smell of the shop are just as if you are in a shop in Britain.

In addition, they can get cutlery, general goods, sweets, tea and foods which are sold in Britain. 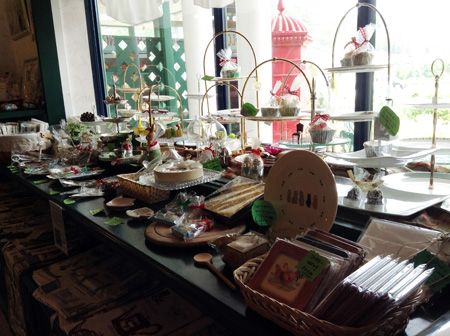 There number one recommendation is their original blend tea “Yume-fuki (夢ふうき) which won “The Great Taste Award” several times. “Yume-fuki” was rated very highly in Britain which is the home of tea! (The square can in the picture below is “Yume-fuki!) 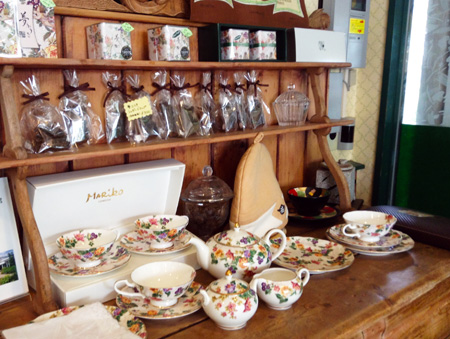 Shortbread (red box in the picture below) goes very well with tea. 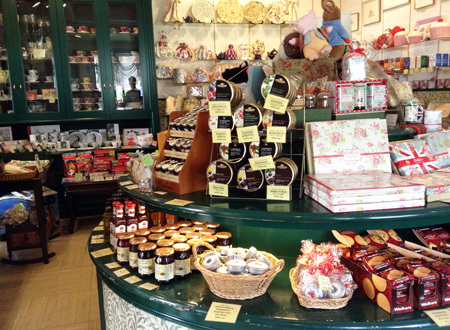 Have a relaxing and luxurious time at the Satsuma-Eikoku-kan.

You can see the inside of the double‐decker bus, too. 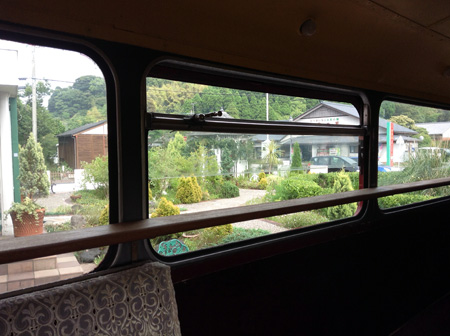 Walking along the river side by the building is also recommended. If you are lucky, you can see beautiful blue kingfishers!

The details about Satsuma-Eikoku-kan is here. 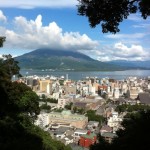 You can over look the City, Kinko Bay, Sakur... 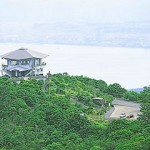 There are 3 observatories in Sakurajima; Yun...